2012 was a quiet but productive year for me in many ways. I’d planned it that way after a crazy busy (and in many ways unproductive) 2011.

Towards the end of 2011 I was pretty unhappy with the whole ‘art-thing’. I’d spent an entire year working my ass off, working a fulltime job and painting every spare hour I had. I’d also travelled to all ends of the UK and abroad in the name of ‘art’. What 2011 taught me is that bigger is not always better, and less is most definitely more.

So I wanted to take a breather, pause and regroup. I needed to focus on what I wanted, on  the direction I wanted to take as an artist and not what every man and his dog ‘thought’ my direction should be … you know what they say about opinions, right … ?

In the madness of all the hype and buzz and the last minute shows I’d lost sight of the goals I’d set myself at the end of the previous year (something I do each year – modest, achievable goals). In the end, what it came down to was I was unhappy with the work. The quality and the content. I’d taken part in too many shows, too close together, meaning the  time taken over each piece was less with each show that past, leaving me with no time to experiment, play and move in the direction I wanted to go. To me the work was weak and when I looked back on the year, all the work together, I was disappointed with myself.

So for 2012 I decided that I wouldn’t take part in any shows, I wouldn’t travel and I would concentrate on making art for me, not to be concerned with what others were doing (or saying) and to allow myself to take which ever direction I wanted to take. 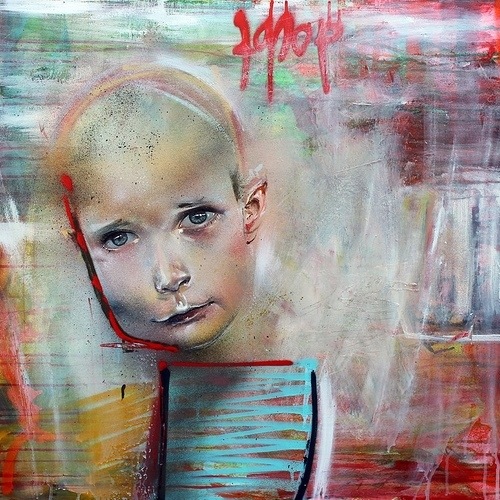 Well, almost immediately the work improved. Because I could paint any size I took it upon myself to go big(ger). Instead of painting small canvases in time for stupidly short show deadlines, I could now take my time over a metre square canvas. This time bigger was most definitely better. Sure, it took me longer to paint, but then the quality had improved and so had the subject matter.

I entered a number of prizes, which was itself a massive buzz (I didn’t win anything though). Still, this was all about enjoyment, not profit or fame.

I learned to take my time over a piece and plan my time better, strangely as I had no deadlines but the ones I set in my own mind. The subject matter changed too … previously the faces I painted were a collage of many different sources, some from my sketchbook, some from people I knew and others from magazines or reference photos. Now I was using real faces, real people. I started looking at artists like Rembrant, Freud and Saville (actually I always looked towards Saville) among others and looked less at street art and graffiti as an influence (although I’m still not sure street art as a whole has ever been an influence on my work).

Picking up oil paints for the first time since childhood also helped, I think. Painting with acrylic and aerosol is very immediate especially in summer months were the paint can dry in seconds … sometimes while on the palette. This means very little time for thought. With oil I now had the time to really think carefully about tone, mark making and more importantly about any corrections that needed to be made. As a result I think I’ve fallen in love with oil paints, completely head over heels. It has helped me develop and mature as a painter and I’m now taking on real portraits.

I’m excited about what 2013 has in store. In the final hours of 2012 I joined forces with Schwalbe & Schwalbe, previously Intoxicated Demons and the creators of Stroke. I have a number of shows already lined up in Germany for the first half and plan to do some more later in the year. No promises of course, just paint more, have fun develop… get better. Oh, and blog more. 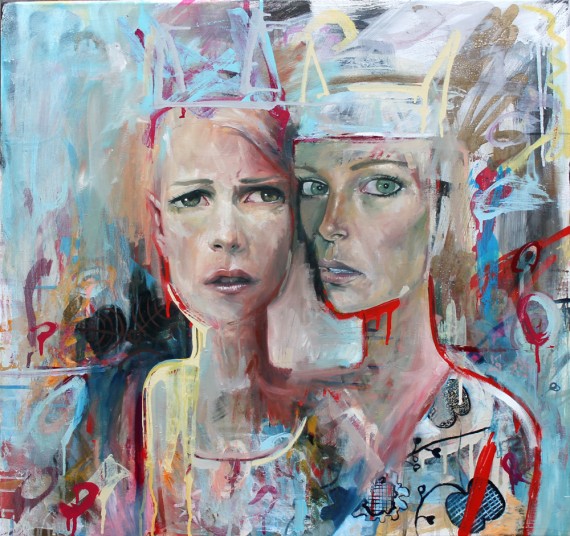